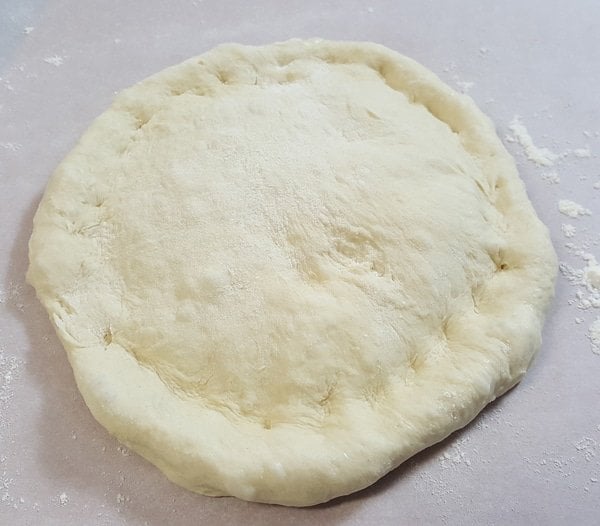 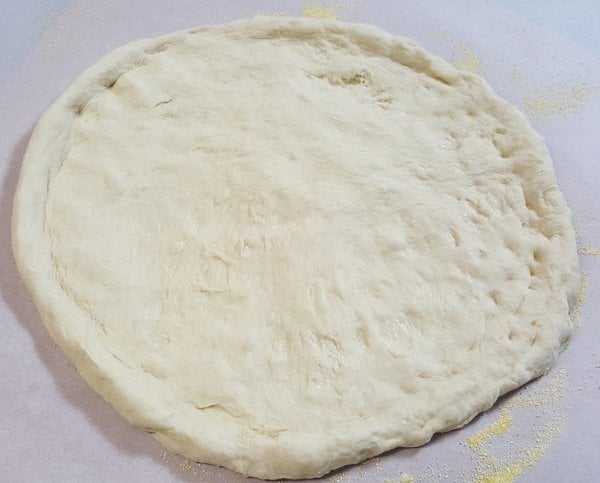 Forming your crust and shaping your pizza is the next step. If you don’t get it perfectly round, don’t worry. Just tell everyone your it’s rustic! 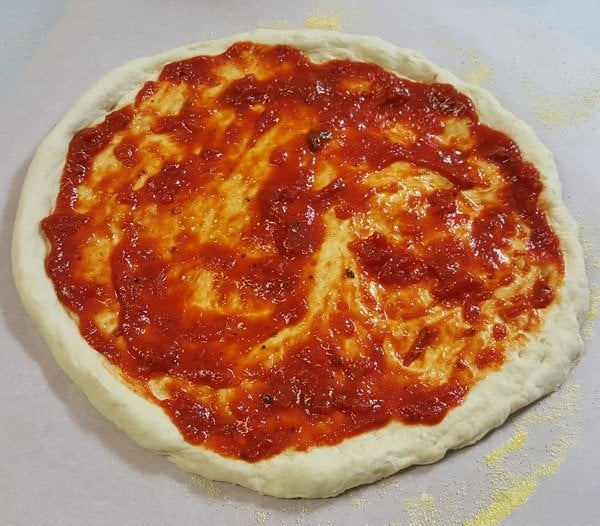 Use your favorite pizza sauce, using a ladle or spoon to spread the sauce. The biggest mistake most people make is putting too much sauce on their dough. 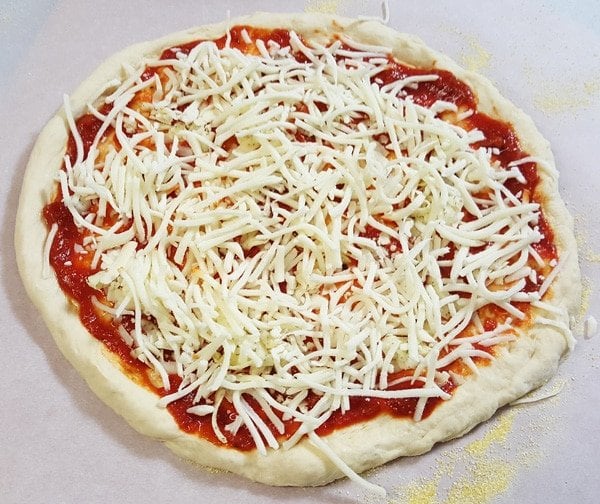 Then add a nice layer of shredded mozzarella to your pizza. 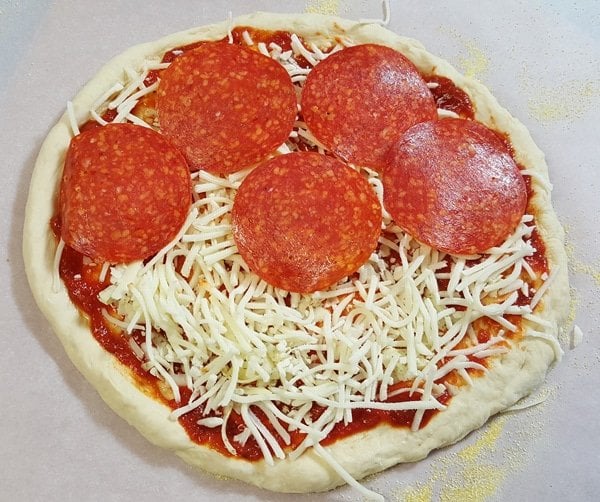 If you’re using topping you can place them on the pizza now.  *Chef’s Tip:  If you use a lot of toppings only place a few on initially, then after the pizza has baked for 4-5 minutes remove it from the oven and place your additional toppings on with a sprinkle of mozzarella to top it all off. If you start off with all of the toppings your crust might get soggy, or it will be harder to get it off the pizza peel onto your baking surface.

*Chef’s Tip: making your pizza on parchment paper will make it much easier to slide it in the oven. Don’t worry about the parchment paper, it will only turn brown. 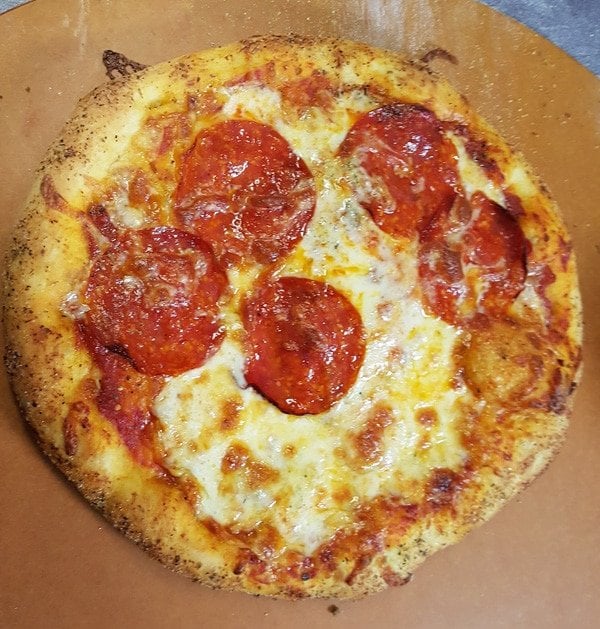 Remove your homemade pizza from the oven and let it cool for a few minutes. 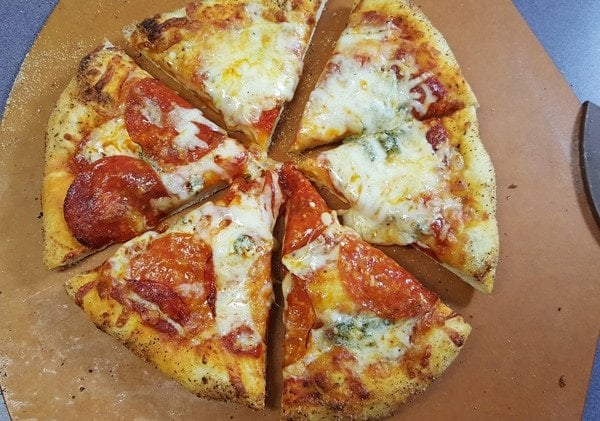 Slice your pizza using a pizza cutter or chef’s knife and serve up some deliciousness! 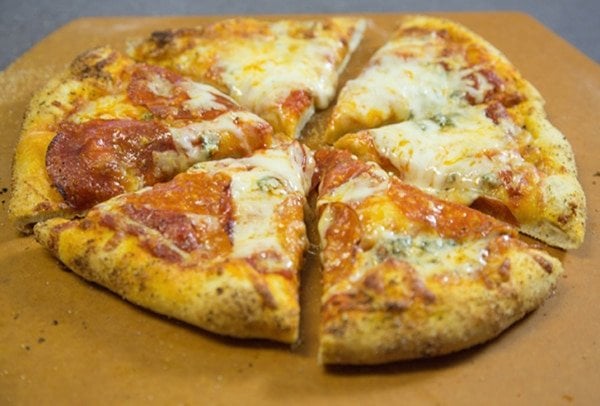 I added a little bleu cheese before cooking, making my pizza extra flavorful! 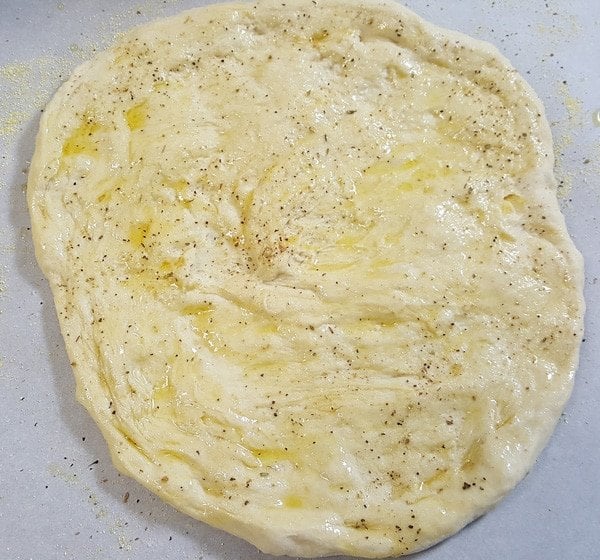 Before placing my pizza into the oven I brush the exposed crust with olive oil and sprinkle a seasoning mixture of garlic, salt, black pepper and oregano to give the crust extra flavor. I had extra dough from my batch so I shaped it and baked it, seasoning the entire crust before baking. I then froze my parbaked crust in an extra large ziplock bag saving it for another time.

*Chef’s Tip:  double your dough recipe and make up extra pizza shells to use when you don’t have time to make the fresh dough.

If you love homemade pizza you might want to try these recipes: 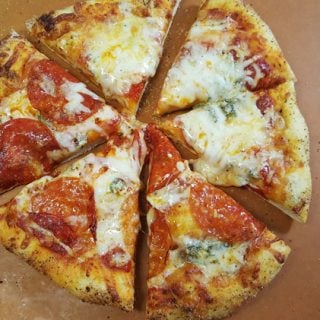