When it comes to sundaes this one is guaranteed to rock your world! Make sure to have enough of all the extras on hand as everyone will want more.

I was asked to take part in a sundae competition and this was my entry. Wouldn’t my Candied Maple Bacon Sundae make the perfect over the top dessert for your family?

I will be the first to admit that  I do love ice cream, especially Gelato but that’s wasn’t going to be enough for this competition. I had to actually come up with something good enough to win. I won’t even tell you what my first attempt was, not just because it was a dismal failure, but I think I still might be able to pull it off, with a little more experimentation….it just needs time.

So after my initial failure this morning, I quickly came up with plan B. 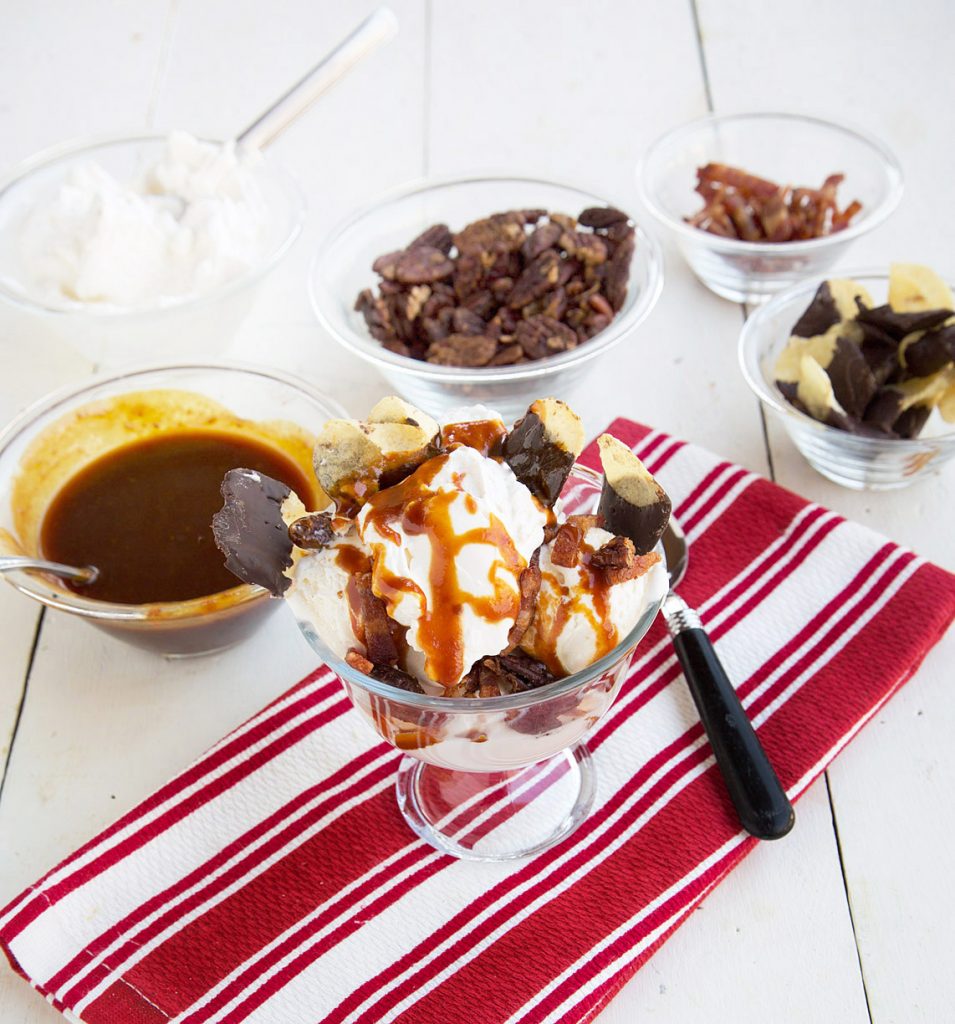 I gotta tell you for a guy that doesn’t make sundaes, this sundae rocked! If you don’t believe me make this for your family and I’m sure they’ll verify it! 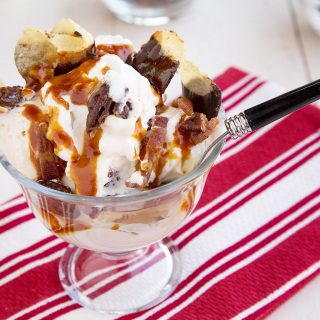 When it comes to sundaes this one is guaranteed to rock your world! Make sure to have enough of all the extras on hand as everyone will want more.
Prep Time45 mins
Cook Time30 mins
Total Time1 hr 15 mins
Course: Dessert
Cuisine: American
Keyword: Candied Maple Bacon Sundae, ice cream recipe, sundae recipe
Servings: 6
Calories: 1220kcal
Author: Chef Dennis Littley

Previous Post: « Kachchi Biryani by With A Spin
Next Post: How to make Italian Baccala – Authentic Italian Recipe »