Home » On the Road

Nestled between Atlantic City and Ocean City, Ventnor, Margate and Longport are the other beach towns. Each with their own personalities and miles of beautiful uncrowded beaches. These towns have always been populated with year round residents making them more of communities with beaches rather than just vacation destinations with beaches. There’s history and generations of families that have lived in these towns and know they’re so much more than a suburb of Atlantic City.

While Ventnor, Margate and Longport aren’t exactly tourist destinations, that doesn’t mean that they aren’t great places to vacation in or at the very least visit to enjoy their tranquil beaches and restaurants. It’s where the locals go to beach and the not so local, but nearby county residents can be found. These beaches have been the best kept secrets since my high school days.

Let’s start with Ventnor, the only one of the three that has a boardwalk. Ventnor was named back in 1893 by an English couple after Ventnor England, but didn’t receive its official incorporation until 1903 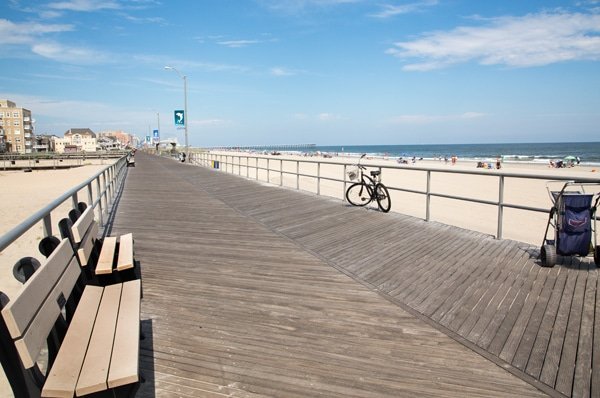 The boardwalk runs 1.7 miles in Ventnor continuing for another 3.5 miles in Atlantic City. Although there are no casinos, restaurants, or shops its my favorite boardwalk for peaceful walks or bike rides. 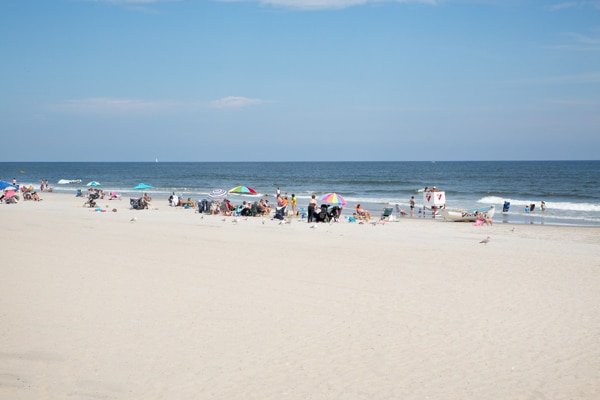 The Ventnor Beach is delightfully uncrowded and a great place to go if you want the boardwalk but not all the sounds and smells. 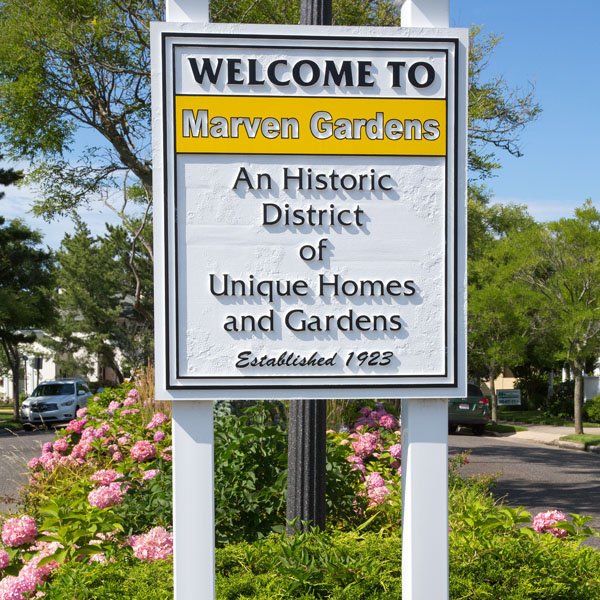 Ventnor is also the home of Marven Gardens for all of you Monopoly aficionados, although the name is spelled different than on Monopoly. I can’t believe I lived here all those years and never visited this beautiful area on the border of Margate and Ventnor. 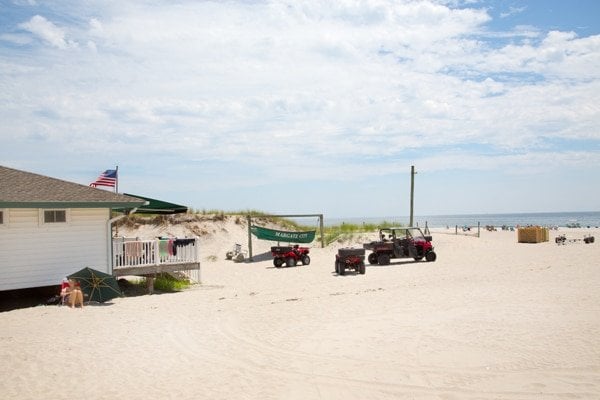 The Margate beach is another lovely area get to work on your tan. 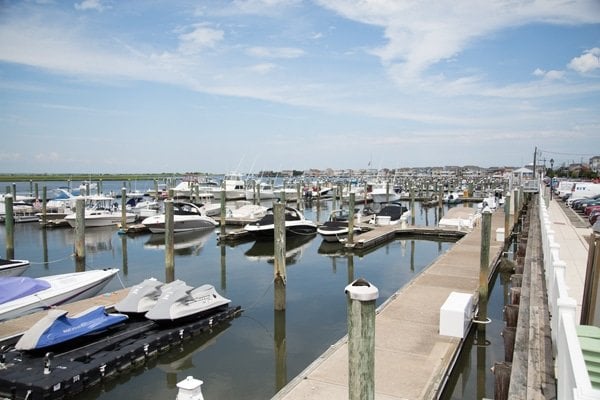 And there’s a beautiful back bay area in Margate where you can grab a drink or a bite to eat. 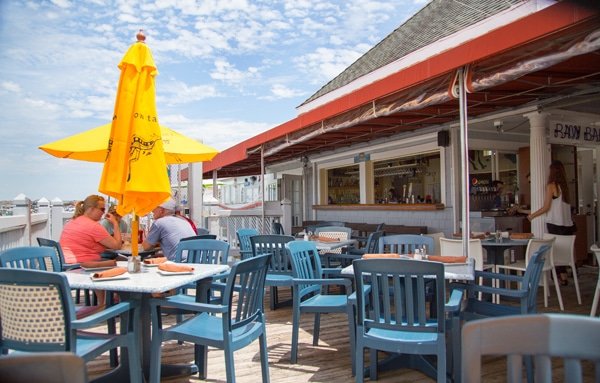 We had a delicious relaxing lunch at Luciano Lamberti’s Sunset Marina overlooking the bay. 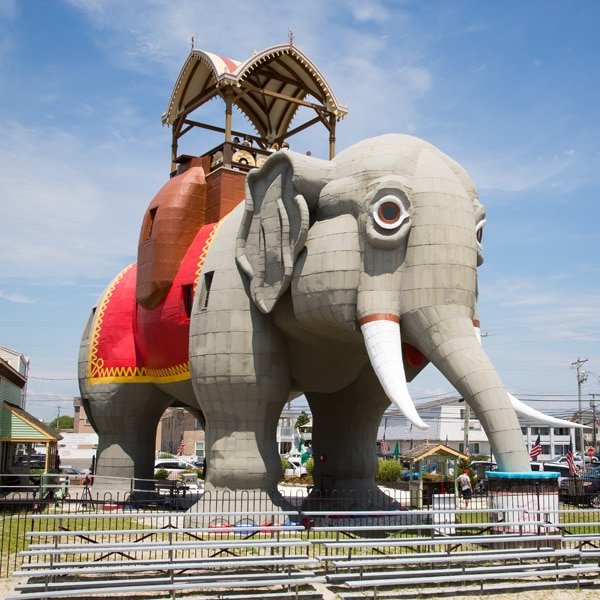 And then headed over to see Lucy the Elephant and pay our respects to this Iconic Landmark. 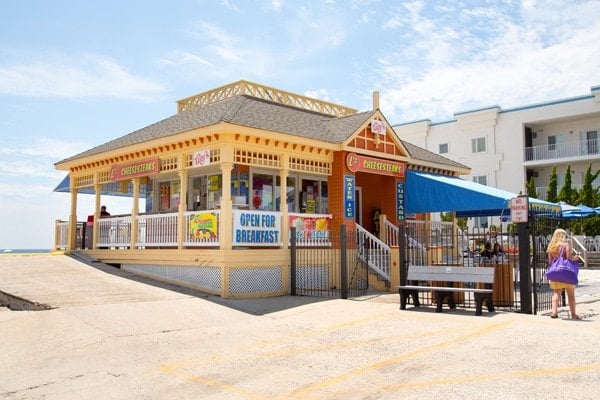 If you’d rather grab a little boardwalk food and sit on the beach,  Lucy’s (the Elephant) Restaurant can provide you with something tasty to enjoy while you sit overlooking the ocean. 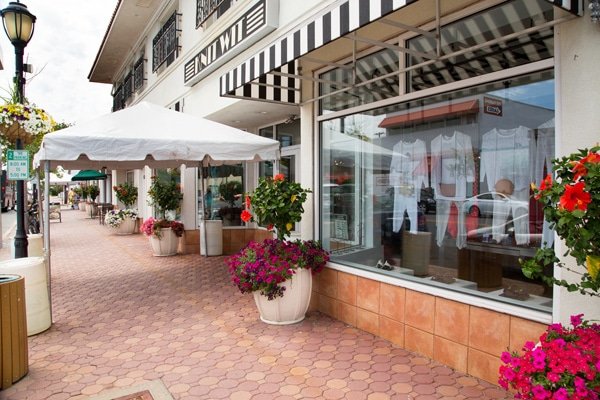 If you have time to do a little shopping head on over to Ventnor Avenue, where you’ll find trendy women’s fashions, children’s wear, card shops, restaurants and of course Casel’s Marketplace. One of Lisa’s favorite stores is Knit Wit. 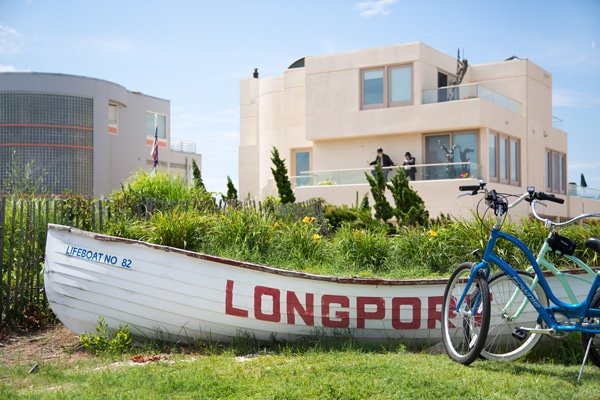 To finish this leg of our trip off we headed over to Longport which is just north of Ocean City. There are some amazing homes in this area and this architectural marvel has statues of the Blues Brothers as well as a few others, just for fun the owner says. Of course it doesn’t hurt that he has a spectacular view. 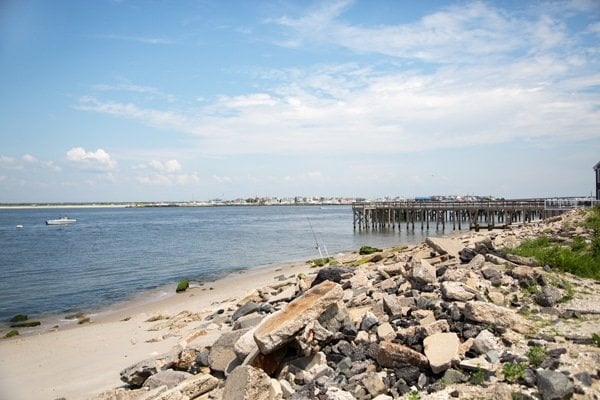 This is the back bay area you can see from that house. It winds around to meet the ocean. 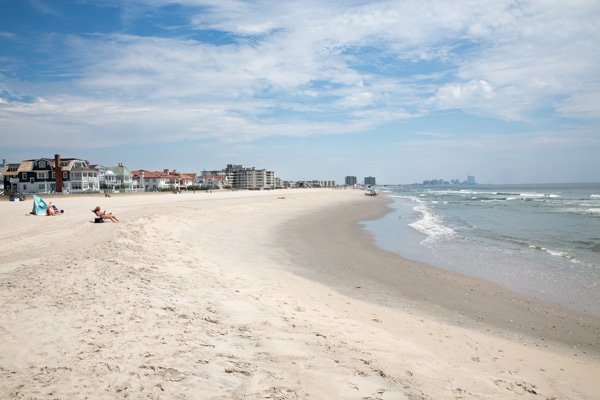 A little further up from that house is the point of longport complete with a jetty. This is a view of the secluded Longport Beach. Its a great place to enjoy the ocean in solitude.

It’s also a nice quiet area where you can ride your bikes and stop off to enjoy the beauty of the island. 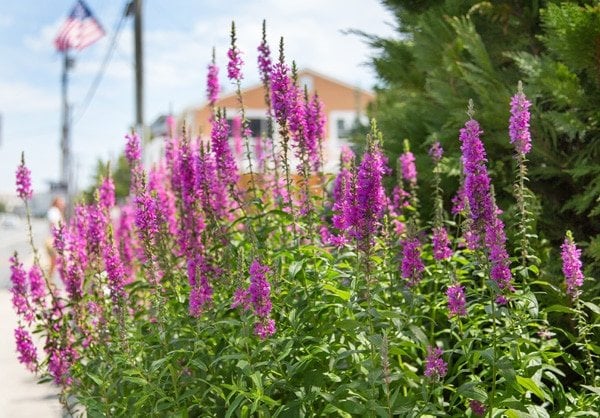 The landscaping in this part of town is amazing, there are colorful plants and flowers everywhere you look. 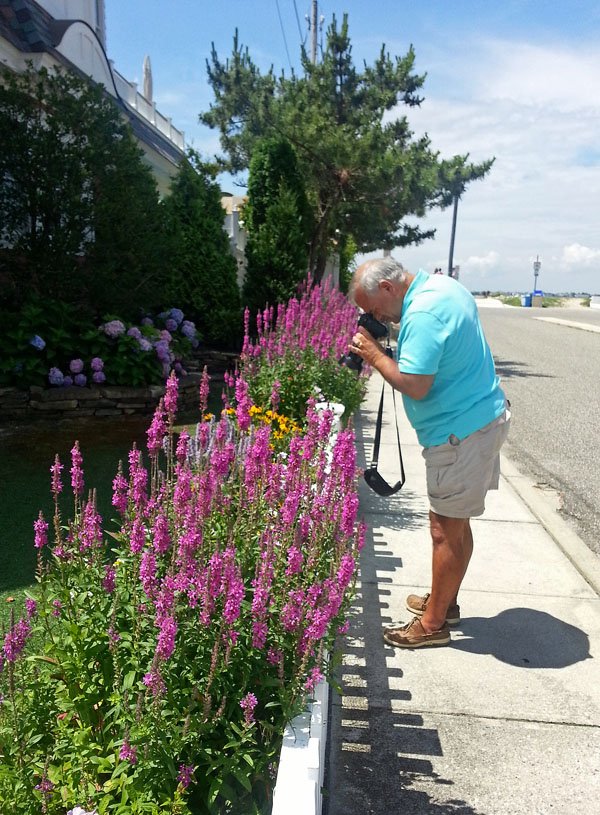 Lisa took this picture of me taking pictures of these beautiful flowers so you could see the chef hard at work. 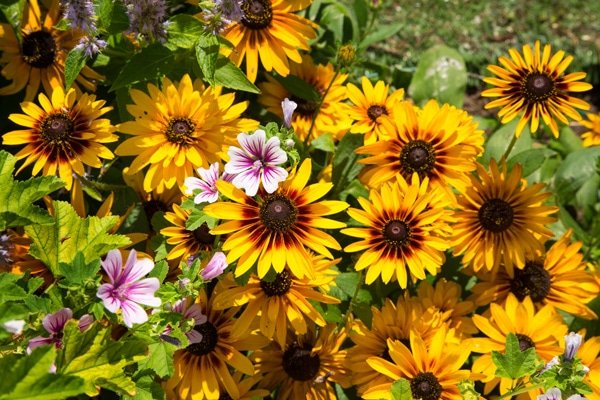 It was another great day trip with at the Jersey Shore, sharing a look at the Other Beach Towns – Ventnor, Margate and Longport.

More On the Road