×
Home » On the Road » How I Survived Hurricane Matthew at Disney’s All-Star Sports Resort
2.4K shares
This post includes affiliate links. As an Amazon Associate I earn from qualifying purchases.

When you’re a Floridian and you hear a hurricane (Hurricane Matthew) is on its way there are two ways you can react. You can ignore it saying this ain’t your first rodeo and ride it out where you are, or you can do what any reasonable human being would do and find a place to “Hunker Down” and ride out the storm in safety. 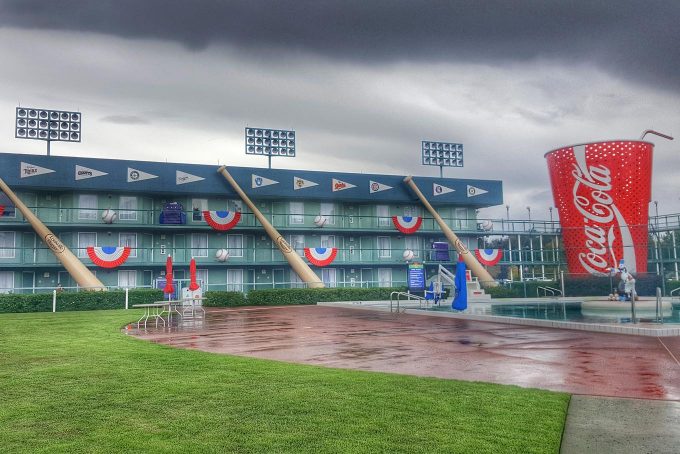 We chose option two and I’ll have to admit it’s mostly because Lisa is the reasonable one in our relationship. And your wife tells you to do something you have two options. Strike that, you have one option, and that’s to do what she says.

Over the years I’ve learned that life is much easier when you listen to your wife and that sometimes she’s right. In this case, she was really right and even though Hurricane Matthew did push easterly at the last minute, had it hit us with its full force we would have been in serious trouble. 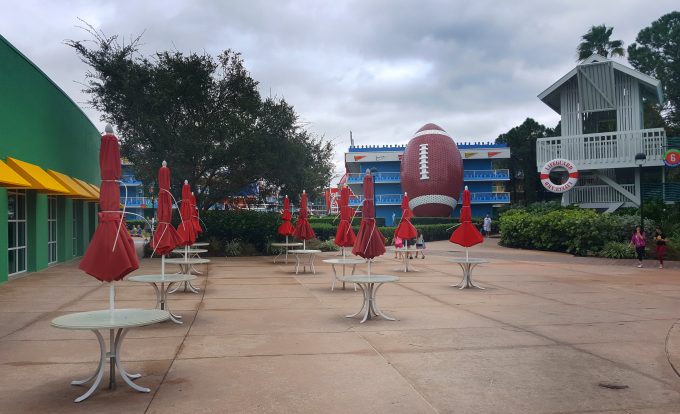 But luck was on our side and what would have been the first Category 4 Hurricane to hit the East Coast of Florida downgraded to a 3 and pushed a little eastward before making landfall. Disney did a great job of getting ready for the storm, making sure everything and everyone was safe and secure. They even delivered flashlights to each and every room. 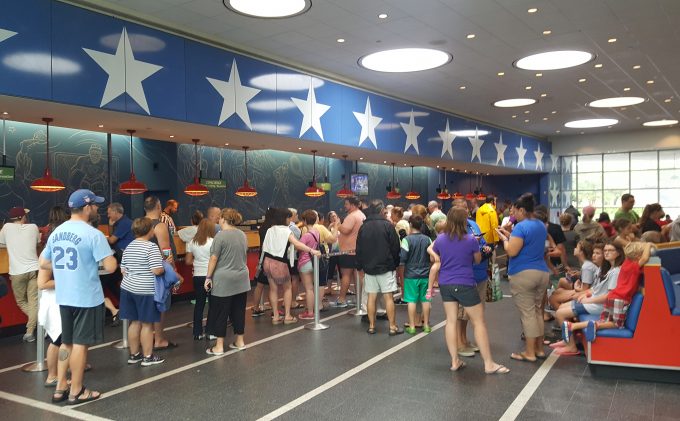 One thing you do learn in Florida is to take Hurricanes seriously. The problem that plagues most new Floridians, is that by the time they realize there in trouble it’s too late. Luckily Lisa kept us safe by getting us out of the house and checked into the Disney All Star Sports Resort to ride out the storm. 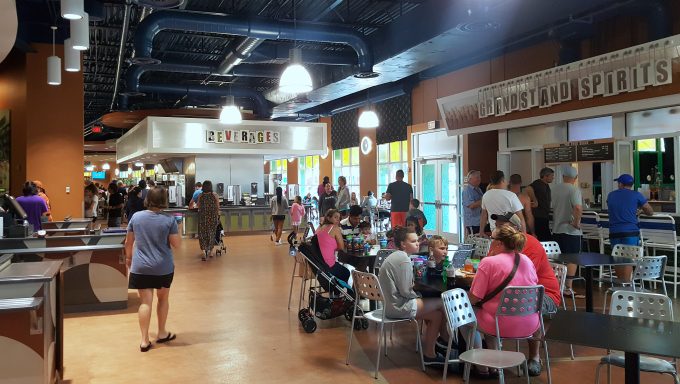 She also had the foresight to pack food and make me bring our coffee maker. Had the storm hit with its full fury, the last thing we would have wanted to do was walk to the dining hall and stand in line with everyone else to get a cup of coffee or something to eat.

This proved to have been the case on Thursday night when all the parks were closed at 5 pm and everyone wanted dinner. The lines were 90 minutes long just to get to the food. Then you had to get back in line to pay. 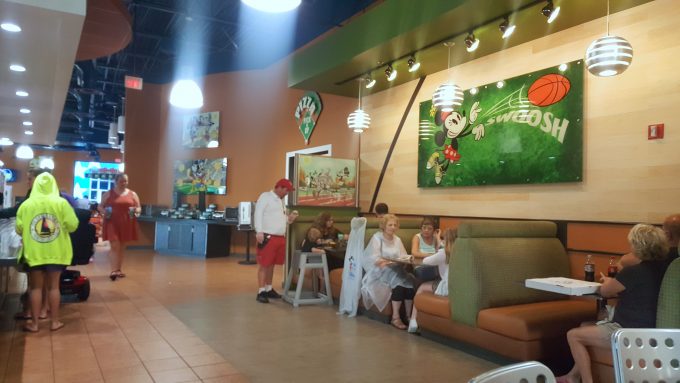 Things were back to normal by morning as the storm had weakened and it was just a little rainy and breezy. People were getting up at different times and the lines were not bad at all. Of course, I found this out after having my morning coffee and doughnuts in the room….sigh  Thanks to Lisa!

As the day progressed and things cleared up even more on Friday, people were out in between the scattered showers enjoying themselves on the property. 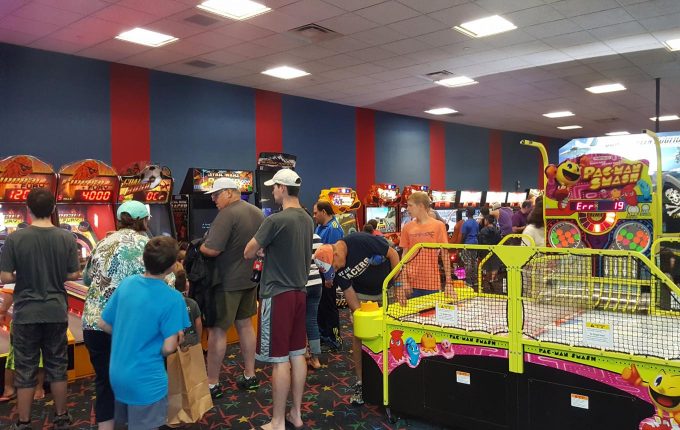 When Disney opened the arcade, all the games were free to make things a little more tolerable. 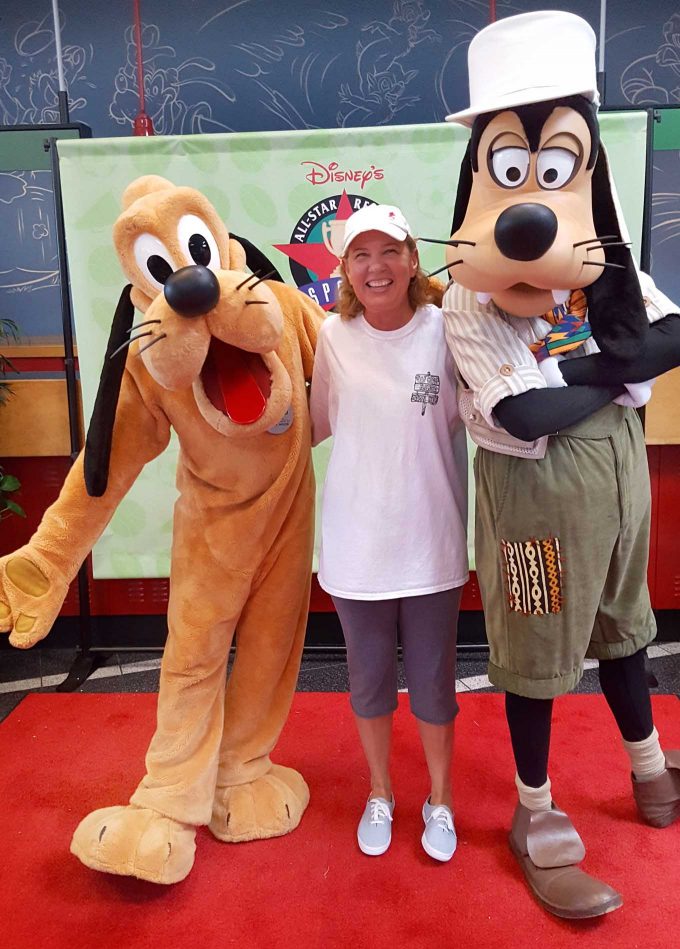 There were characters in the lobby for photo ops. 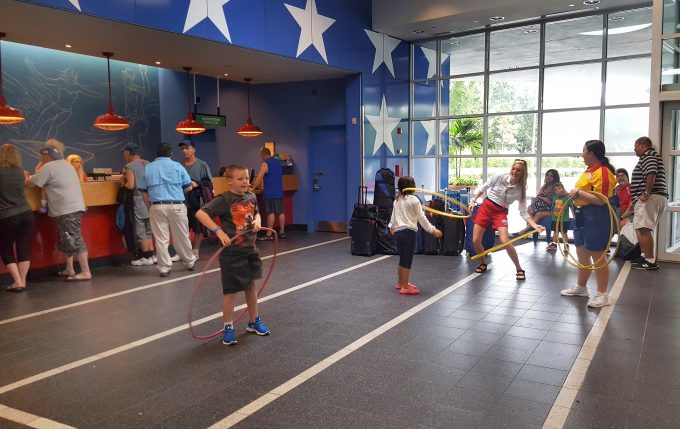 And cast members had games going and movies playing on TV’s to keep everyone entertained as they waited for check in. Disney did their best to keep the experience Magical, even with a limited staff. 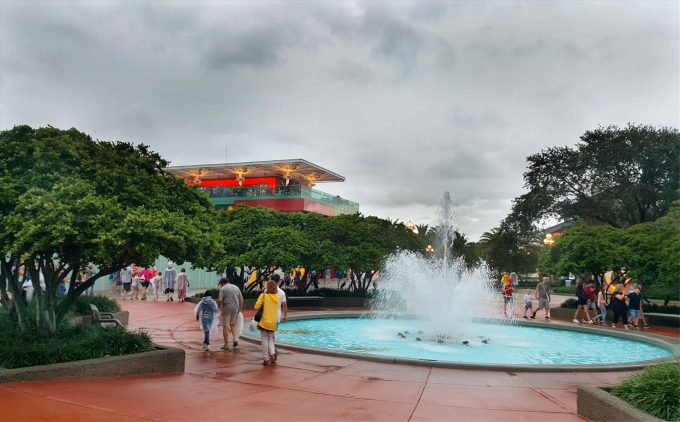 Word came down in the afternoon (they kept us updated with phone messages all through the storm) that Disney Springs would be opening on a modified schedule. An assortment of restaurants and stores were open for business. 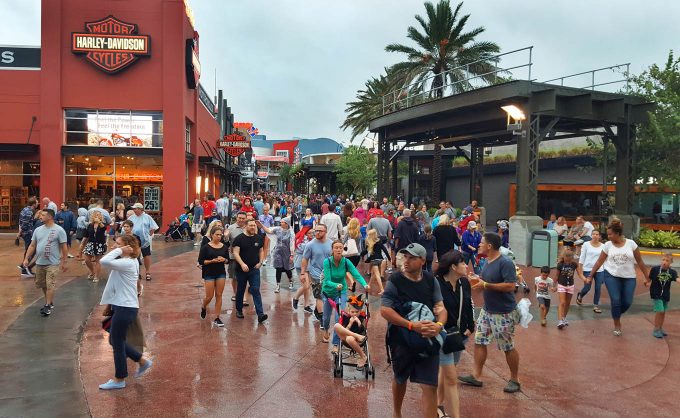 With everyone suffering from Cabin Fever, the resorts emptied out! Everyone had the same idea we did, head over to Disney Springs for dinner and entertainment. 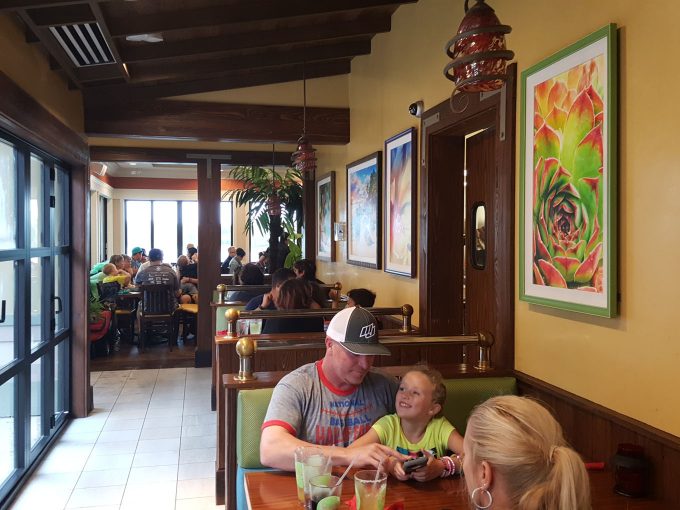 The lines were long and wait times were over an hour. After being told we had an hour and a half wait at Paradiso 37 we continued on to see what else was open. The lines were even longer…..sigh. We were going to head back to the hotel and eat there with things so hectic at Disney Springs.

As we made our way back the skies opened up and we stopped back in Paradiso 37 to get out of the rain. While we were standing there the hostess asked if we wanted a table. Lisa said no (she didn’t understand they had one) and I said yes (being the opportunist that I am) and we sat down for dinner. 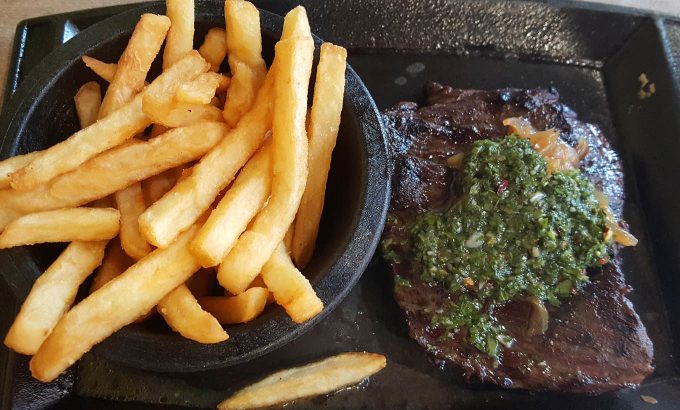 We had an abbreviated menu for dinner, offering burgers, tacos and steaks. Considering everything we were alright with that. Lisa had the Argentinian Flank Steak with Chimichurri Sauce and I went with the All American Burger. 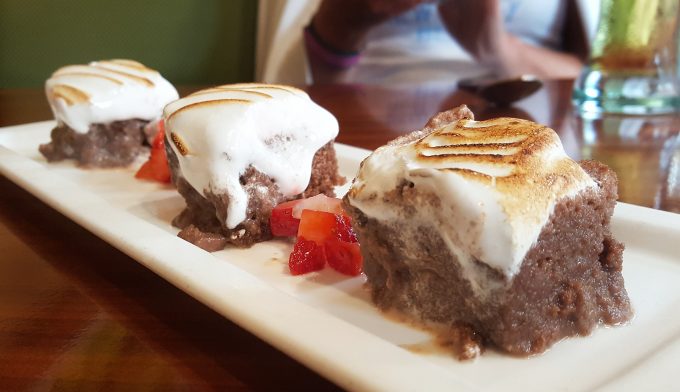 We split a Chocolate Tres Leches for dessert and left feeling full and happy!

With the rain over and the skies not so gloomy, we decided to make the most out of our big night out and headed over to the new section of Disney Springs. After a little shopping, we stopped at the Coca-Cola Store . 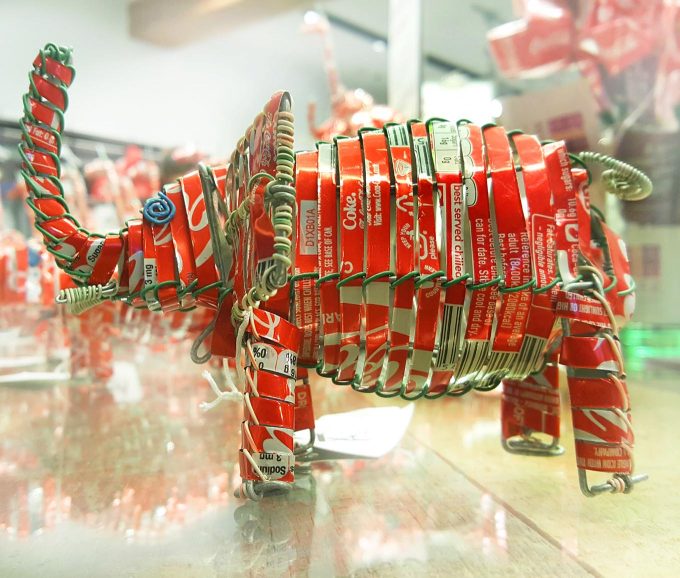 They had the normal assortment of t-shirts, hats and souvenirs but the one item that caught my eye were the colorful animals made out of recycled coke cans and phone wire. 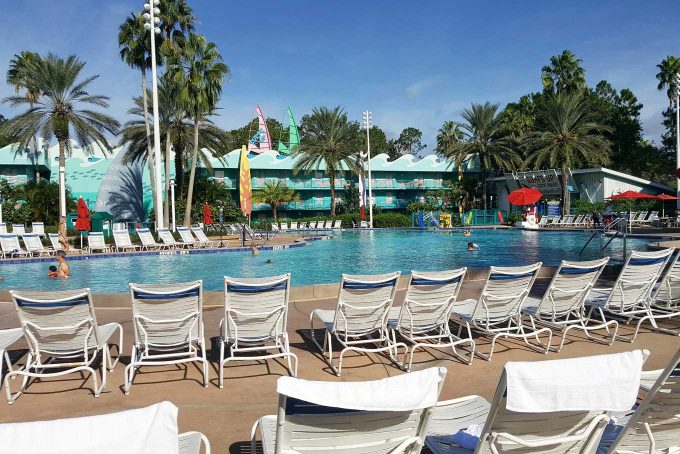 We awoke the next morning to blue skies, sunshine and cool breezes. Our paradise had returned! Hurricane Matthew had blown out the last bit of summer bringing us our glorious Florida fall weather.

We spent the morning at the pool enjoying the day as we ended our big adventure. We had survived our first Hurricane in Florida and we were grateful. Our home was intact and our neighborhood was in good shape. We did learn more about hurricane preparedness and how dangerous they can be.