How to make Sopa de Fideo with Juanita’s Cocina-

I thought long and hard about the perfect dish to share here at Chef Dennis’ place. I wanted something that was not only delicious but something that spoke about me as a food blogger and home cook. 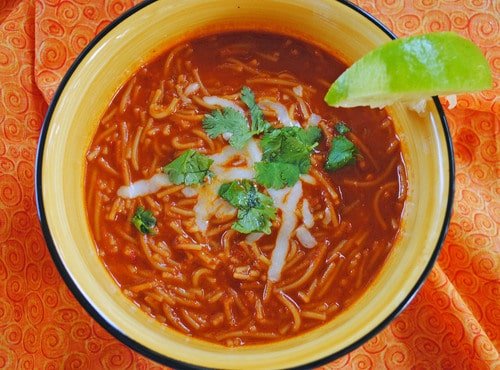 When my son was very young and I was a very young mother, we ate sopa de fideos all of the time, sometimes several times a week. I was a single mother, putting myself through college, while trying to raise a child who had multiple health issues and other challenges.

Fideos was an inexpensive dish to make. It filled our bellies but it didn’t break the bank. In leaner times, my son and I had only noodles and tomato broth. When times were better, I’d add meat and veggies to the soup. The one constant ingredient each time I made fideos was love.

I went on to graduate from college and entered my career of choice. I no longer had to make fideos every week for us to share. I promised myself that I’d never be back at a place in my life where all I ate was the same things, over and over, because that was all that I could afford.

Sopa de fideos is often referred to in the Mexican culture as “poor man’s food”. And while I may not agree and I would never say we were “poor”, I would say that we had times where we had to eat what we could afford. I don’t know that I ever promised myself to never eat fideos again, but I never stopped at that section of the grocery aisle. I never put the ingredients in my basket. Whether that was by choice or because of some subconscious decision, I’ll never know. 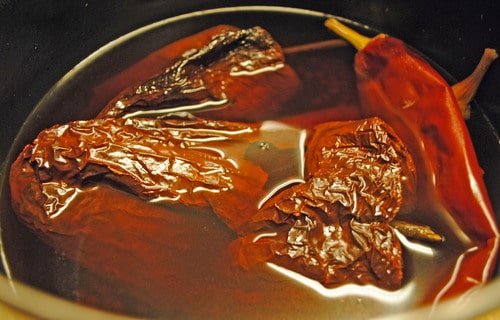 What I do know is that I’m in a very different place now. And I settled on sopa de fideos for this guest post because it brought me back to a time when things were simpler, and it conjured images that were comforting and satisfying…and delicious.

While this dish may seem simple (it is), it is layered with deep, earthy flavors and spice. Simple doesn’t have to mean bland or unappetizing. Simple can mean satisfyingly comfortable. Simple can be all of the best memories of your life.

I hope you make this dish to share at your family table…not because it’s simple, but because of all it has to offer. 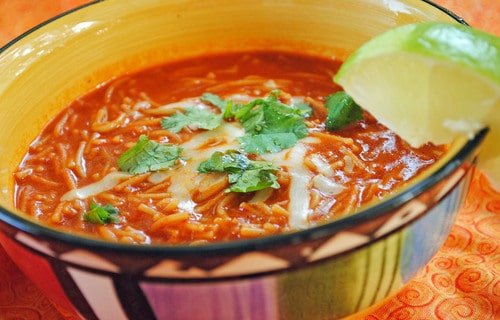 Making this dish brought back lots of memories for me. Wonderful memories and reflections.

What’s that dish for you? What’s the one dish that brings back a flood of memories and comfort? 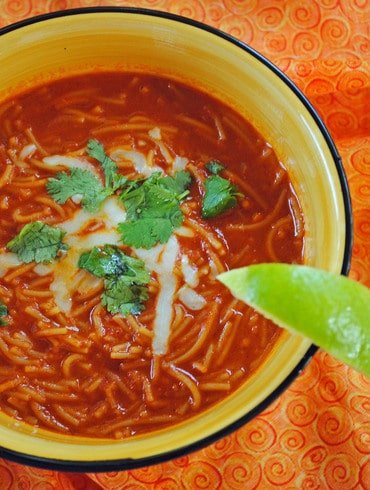 If you’ve tried this Sopa de Fideo recipe or any other recipe on askchefdennis.com please don’t forget to rate the recipe and let me know where you found it in the comments below, I love hearing from you! You can also FOLLOW ME  on Instagram @chefdenniseats and @chefdennistravels,  Twitter and Facebook. 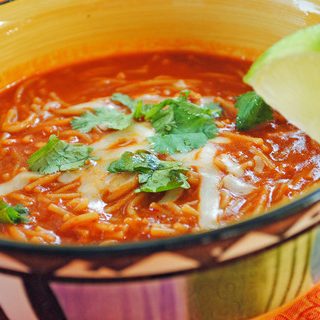