Padcaster is the perfect solution for live streaming with your iPad. Go live at the touch of a button and turn your iPad into a Mobile Media Powerhouse with The Padcaster.

With the introduction of the Padcaster Verse now on Kickstarter (with some amazing deals), you can now begin live streaming using an iPad mini or your smart phone. That includes android phones too!! While I may have gone over to the dark side and started using Macbooks and ipads, I still love my Android phone and have begrudgingly held on to it. And now I can use my Samsung Note with the Padcaster Verse. Huzzah!

It just makes you want to say “Lights, Camera, Action”…. ready when you are Mr. DeMille! 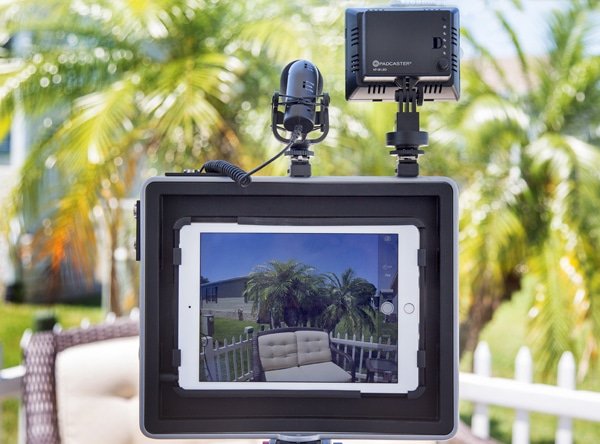 From the production side of the camera you get a great view and are Live Streaming or Movie ready using Apples iMovie or the app that was recommended to me FilmicPro (it also works with smart phones). 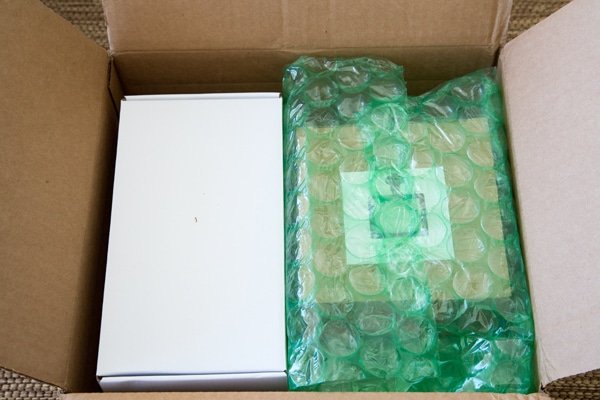 So let’s take a look at what comes in the box when you order the Padcaster bundle, that includes everything you need to broadcast or record like a professional. Everything was boxed and protected for shipment. I received my Padcaster in two days. They get gold stars for their shipping! 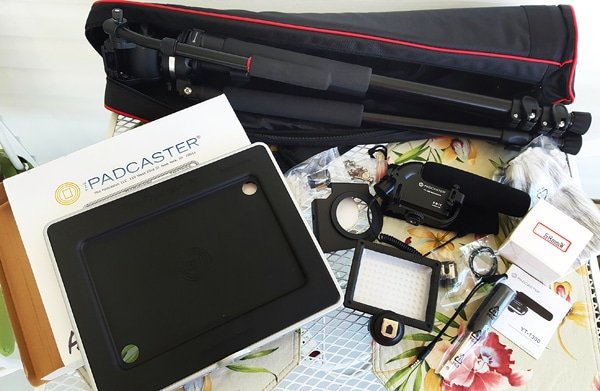 I also got the tripod which sturdy without being overly heavy and comes with its own case with a shoulder strap. The kit also contains a shotgun mic and windscreens, lens kit, led movie light, cords and cold shoes to mount the light and mic to the Padcaster. 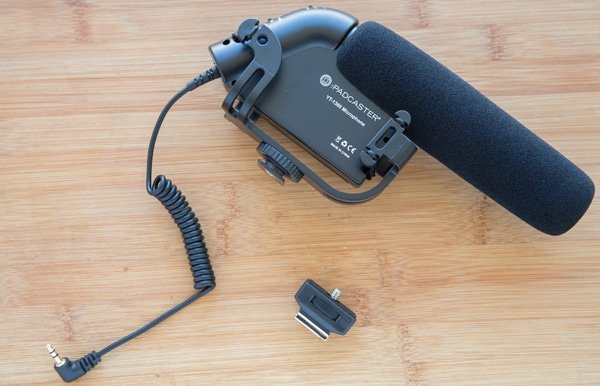 The microphone that come standard with the kit  is the Padcaster’s YT-1300 a ‘Broadcast-Quality’ condenser shotgun microphone. It sdjust for both loud and soft sound sources with the three position level control with stops at -10dB, 0dB and +10dB of gain, and it will eliminate ‘rumble’ using the two step high pass filter with 80hz and flat positions. The YT-1300’s integrated sturdy ‘shock mount’ with hot-shoe adapter and included windscreen are great for both indoor and outdoor conditions. I’ve used it mounted on a tripod as well as walking around as I share my adventures. They also offer a Rode video mic for the Padcaster, as well as the Apogee Jam for better sound quality and control.

I love the looks I get when people walk by. Having the right equipment makes you look like you know what you’re doing, even if you’re just starting out. And when its as easy to use as the Padcaster, you’re ready to start live streaming after assembly! 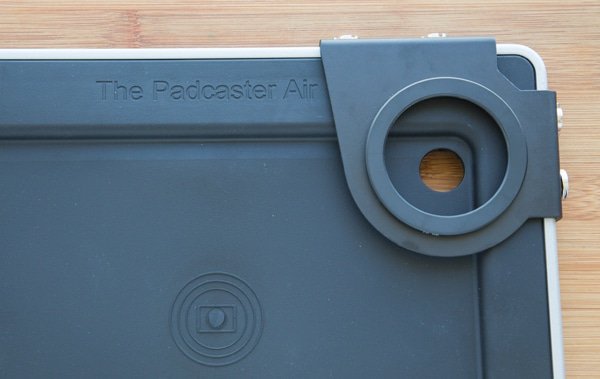 What I really like about the Padcaster is its solid design. There are competitors on the market that are cheaper but they’re made of flimsy materials that you know isn’t going to last. The Padcaster has an aluminum frame and a flexible insert that cradles the iPad, absorbing vibrations and keeping it snugly in place. The last thing you need to worry about is the integrity of the product your using for your broadcasts, at home or out and about.

The easy to attach Lens Bracket with 72-58mm step-down ring goes on the corner with the opening for your iPads internal camera. The screws have turning keys on them to get them tightened, but they also include a screwdriver to get them snugged up firmly. 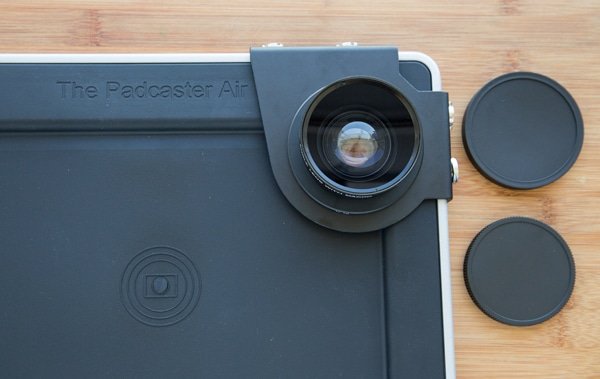 Once the bracket is in place the lens simply screws into the bracket. It comes with front and back covers as well as a pouch for storage. The lens that comes with the Padcaster is a .45x wide angle lens that dramatically increases the iPad’s field of view. The 58mm rear thread means it attaches directly to the Padcaster lens bracket, and you can use additional 62mm filters in front of the lens as well. Unscrew the front portion of the lens and it becomes a macro lens for close-up focus and a simple way to achieve a shallow depth of field. 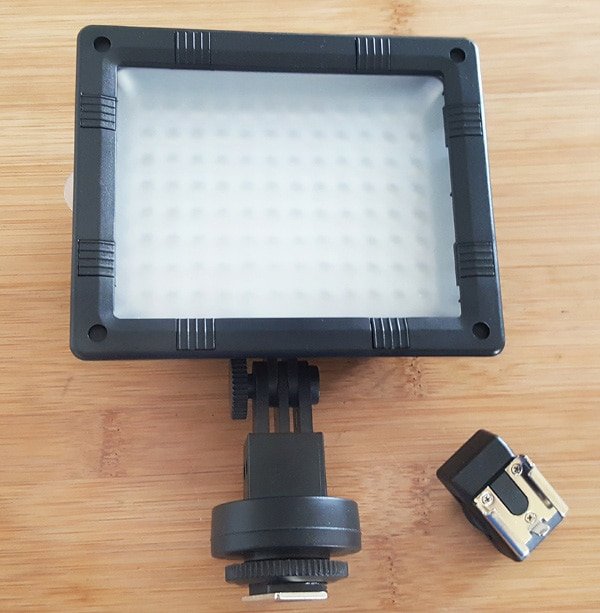 The standard light with the Padcaster XP38 LED is a variable brightness, daylight balanced light with a surprisingly strong throw. It accepts AA or Canon Lithium-ion batteries and has a swivel neck for easy positioning. The XP-38 comes with an included Cold Shoe Adapter for mounting to the Padcaster frame. There are 2 other models available that project more light. The standard model is more than I need for the type of broadcasting I need. 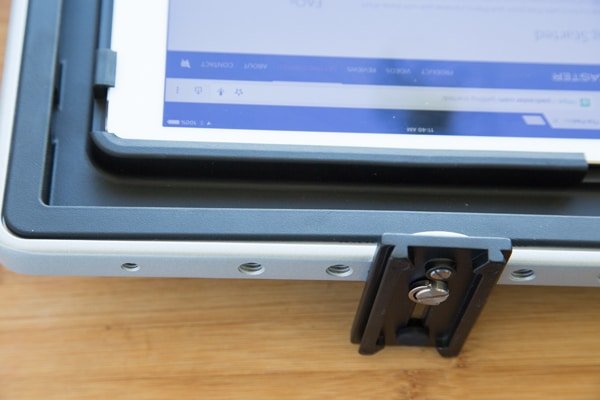 My Padcaster came with the The VT-16 is a lightweight, heavy-duty aluminum tripod with a 65mm ball head and leveling ball indicator for easy adjustments in any shooting environment. The VT-16 has a solid metal fluid head and a removable quick-release plate with an adjustable locking pin for two points of contact. This gives Padcaster two points of contact with he tripod and a secure, professional fit.

The quick release plate attaches to the bottom of the Padcaster frame which allows you to attach or remove the Padcaster very easily.

The Padcaster Cage System is an easy and versatile way to mount and accessorize your GoPro, DSLR or just about any small to mid-size camera out there. And the new Padcaster Verse is equally versatile  holding an iPhone or Android phone as well as an iPad mini. The original Padcaster can accommodate any version of the ipad including the new pro, you just need to specify which model you’re using.

“Featured in Apple’s “Your Verse” international advertising campaign for the original iPad Air, as well as the newly released iPad Air 2 “Change” campaign, and Visa’s “Visa Checkout” campaign, The Padcaster is a patented, rugged multifunctional iPad case that transforms the iPad into an all-in-one mobile production studio. The Padcaster enables consumers to shoot, edit and upload video on the fly – or stream live right from the iPad. More than an innovative way to mount an iPad to a tripod, The Padcaster transforms the iPad into an all-in-one production tool. The Company is creating, developing and enabling a new category of convenient and cost-effective professional quality video documentation and production.”

I received a Padcaster Kit to review on my website, but all the images and opinions are 100% mine, and I couldn’t be happier with my Padcaster. So much so that I ordered and paid for the new verse on Kickstarter without any compensation.