Earlier this week I got a message from The Southern Ford Dealers asking if I’d like to take part in the Ford EcoBoost Challenge at the Daytona International Speedway for a Media only special event! 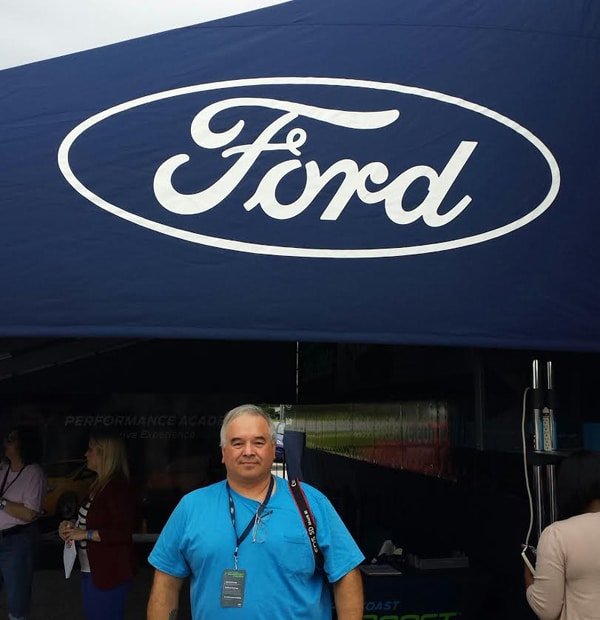 I didn’t have to think twice about it,  I mean after all it was Ford and the Daytona Speedway, what could be better! Although I’ve been driving a Honda Pilot for the last 7 years ( and I do love it) I have been thinking about making the move to a Ford Escape because of the great reviews its been getting and of course the much better gas mileage.

Now before I go any further, I would like to state that I viewed this as an opportunity to test drive the Escape as well as other Ford vehicles without the pressure of the dealership and of course to see the Daytona Speedway. I was not paid to attend or to write this post.

For me it was a great way to test drive the cars, makes some new friends and see some old friends and despite the Biblical Rain that we had later in the morning it was a wonderful day and I’m very happy I attended the event! 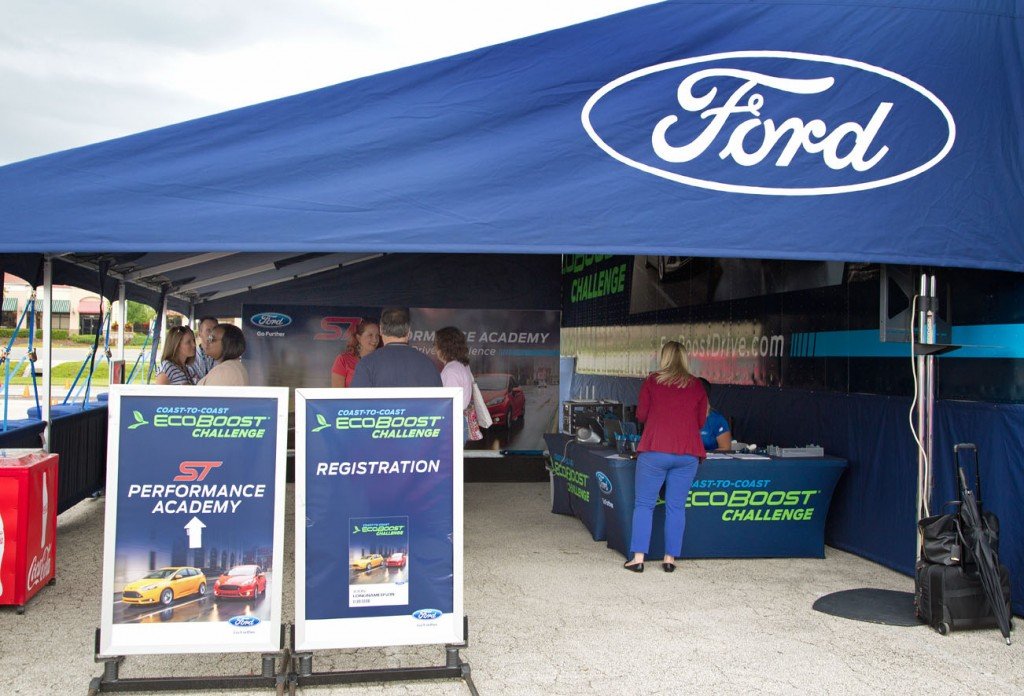 Now I will admit I had a little help getting that invitation from Ford. My friend Sunshine Baker had mentioned on Twitter that she was going to be attending the event and was kind enough to ask to have me included as well…. having friends with influence is a wonderful thing! Here’s Sunshine with her husband Guitar Master Rick Baker test driving one of the new Ford Hybrid C-Max.

I also had a chance to drive the C-Max and was impressed with the handling and pickup! 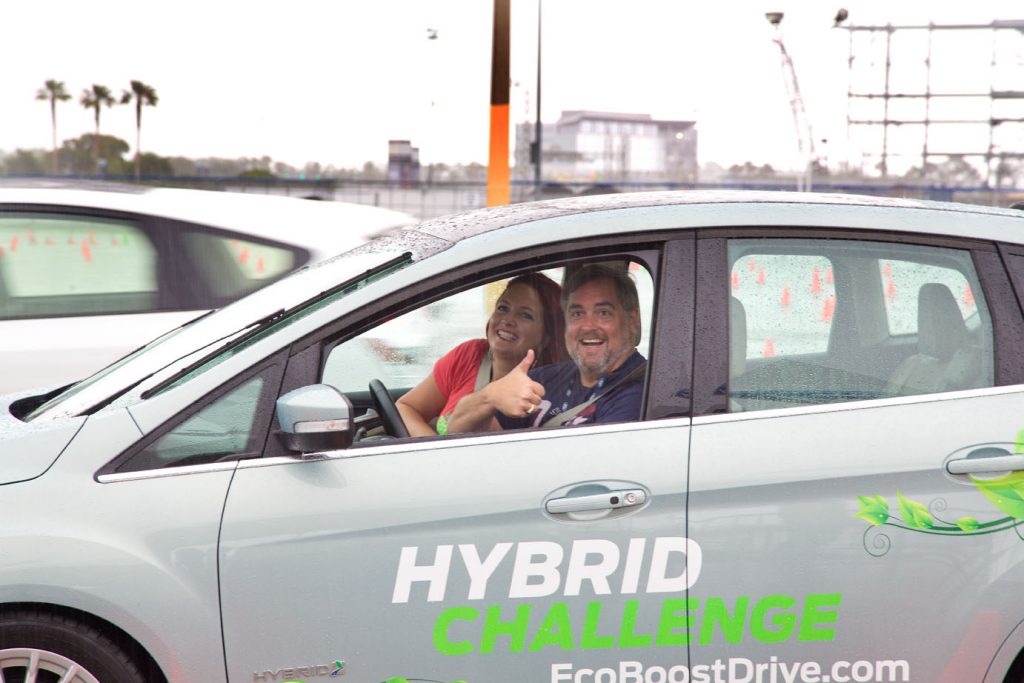 While the rain did pick up considerably as the morning wore on, it was still well worth the trip and I did enjoy a few Hot Laps around the speed course with one of Fords Professional Drivers, thank full that I had the presence of mind to go to the men’s room before the ride! Of course there wasn’t much for us to hit on the course but the acceleration was exhilarating!! So much so when we got done the first lap, I asked for another!

I was amazed at the power and handling of those Fiesta ST’s that were used at the Performance Academy. 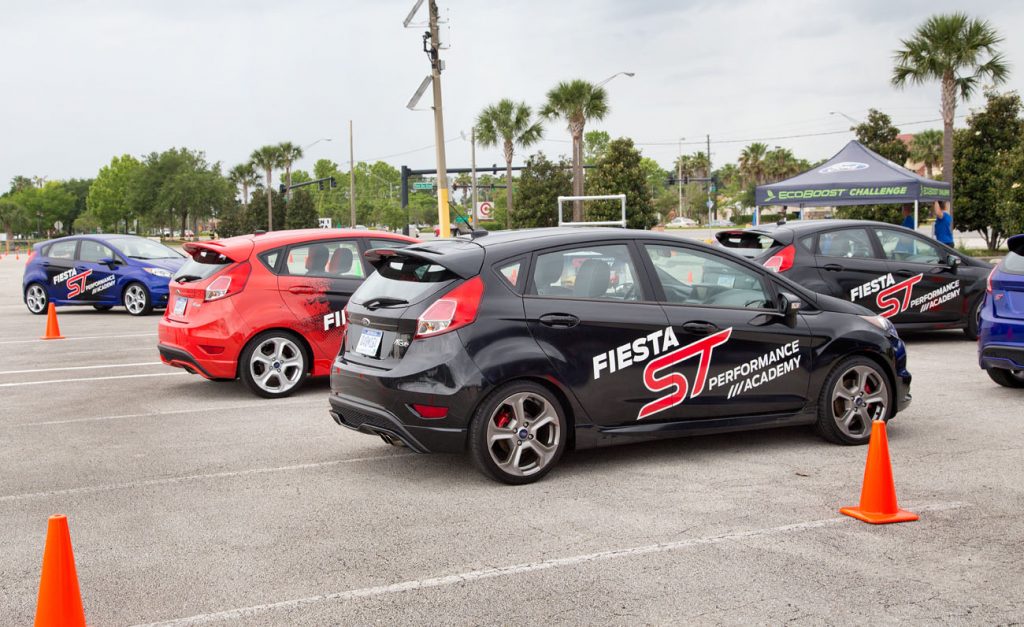 We also got to see some of the new 2015 models that were on display, the new Ford F150 was looking mighty good as well as the new Mustang.  But the vehicle that really got my attention was the Ford Transit Connect, one of the European models that’s starting to create some serious interest in the states. I can’t quite decide why I like it,  and while I don’t think I’ll switch from the Escape it looks like a pretty interesting vehicle! 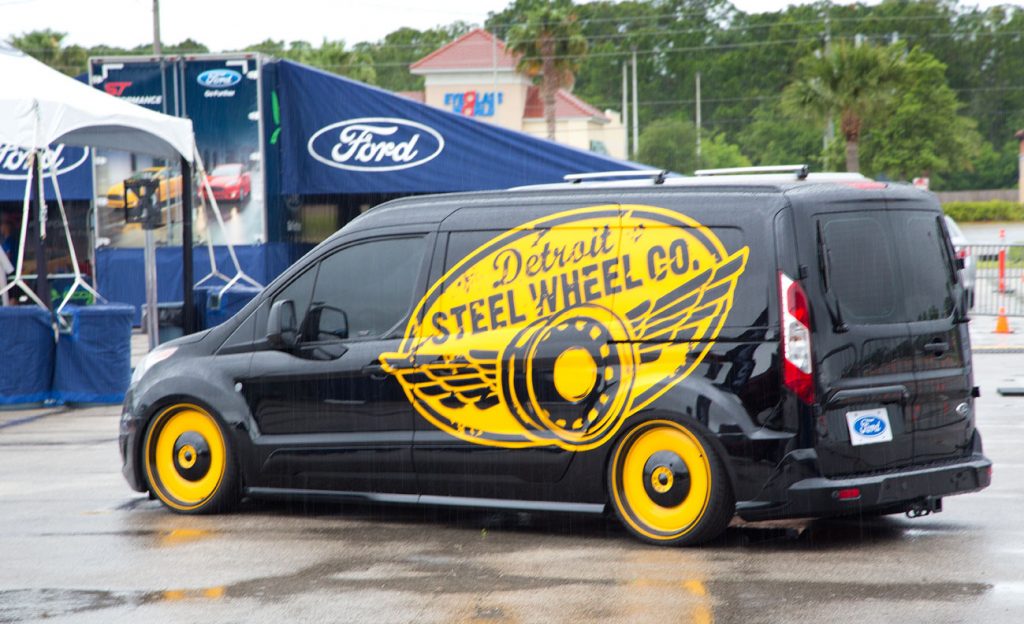 There was quite a bit of construction going on at the Speedway, it looks like they’re adding more Grandstands. And despite the rain it did sound like someone was working out on the track. 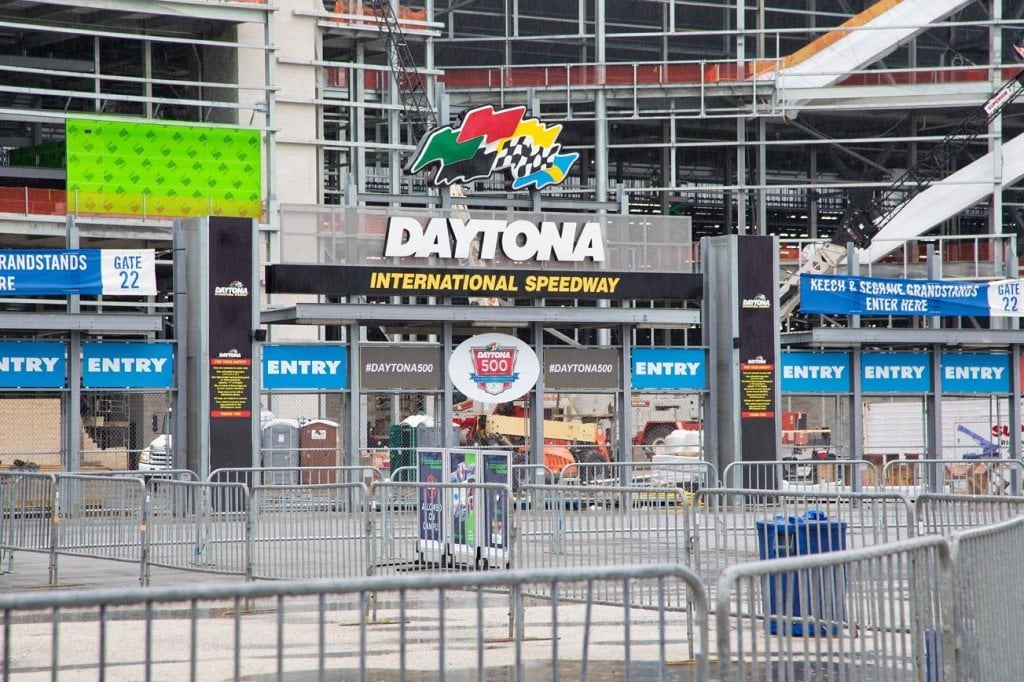 For those of you that may be in the Daytona Area Saturday you might want to stop by to see the Fords on display. And if you’re not in the area, they still have 8 cities to cover across the USA,m so click on the link to see if they’re coming to a city near you:  2014 EcoBoost Tour!