Growing up in the sixties and beginning my career in the restaurant industry I learned quickly what worked and what didn’t. Families that put their heart and soul into their restaurants were rewarded with loyal customers that became part of their extended family. Customers became friends, and restaurateurs became a valuable and trusted part of the community.

Somewhere in the eighties with the rush of chain restaurants opening, and restaurants being opened simply as an income source…..things changed. And not for the better.

You can call me old fashioned, a throw back and even a dinosaur. But I remember how it use to be, and when I find a restaurant that still upholds the values that made dining at those restaurants cherished memories…….well, I have to tell everyone I know. And that my friends is why I’m sharing this amazing family run restaurant, Christner’s Prime Steak and Lobster. 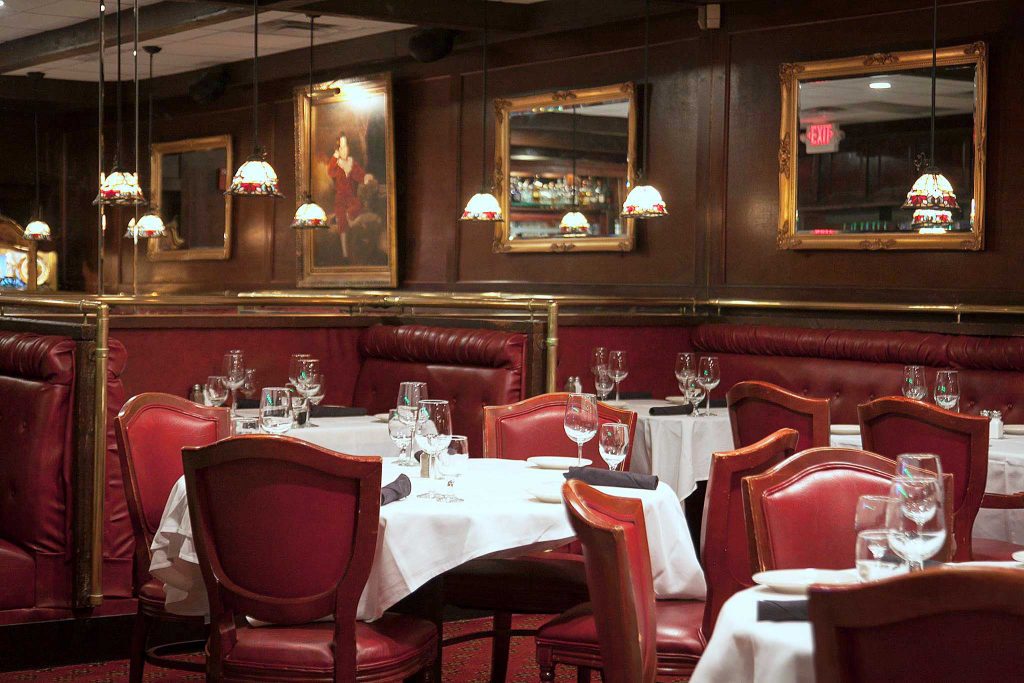 The dining felt like going back in time, when America had its own version of the famed French Belle Époque restaurants. Only ours were plush, with dark wood, white table cloths and fine crystal. A far cry from the French Version, but opulent none the less. 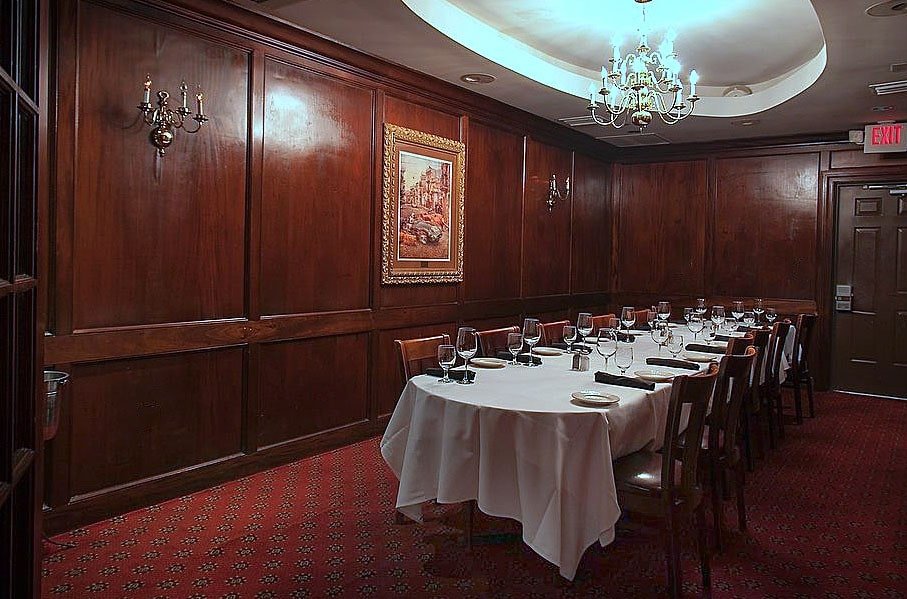 Christner’s Prime has Private dining rooms for large parties and intimate small gatherings. They also have all the bells and whistles of the modern computer age, and can easily accommodate business meetings in any size room.

Of course you can’t have a Steak House without having a bar and you’ll find this one off the main room as well as a piano bar over on the other side of the restaurant.

Christner’s Prime has an amazing variety of beverages to choose from  But if you’d like to keep your own favorite in one of their temperature controlled lockers, they can accommodate that request. 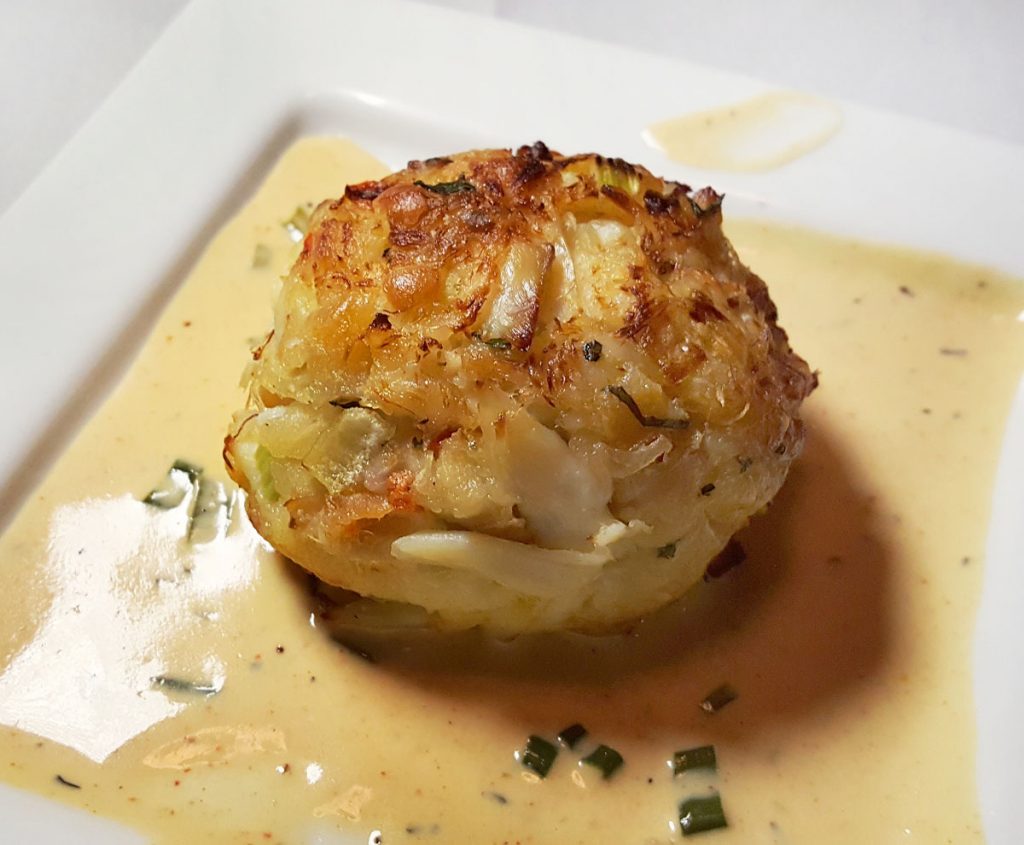 We started the night off with appetizers. One of which was without a doubt one of the best crab cakes I’ve ever had. Full of delicious lump crab meat with just enough seasonings to compliment the crab, with absolutely no fillers! 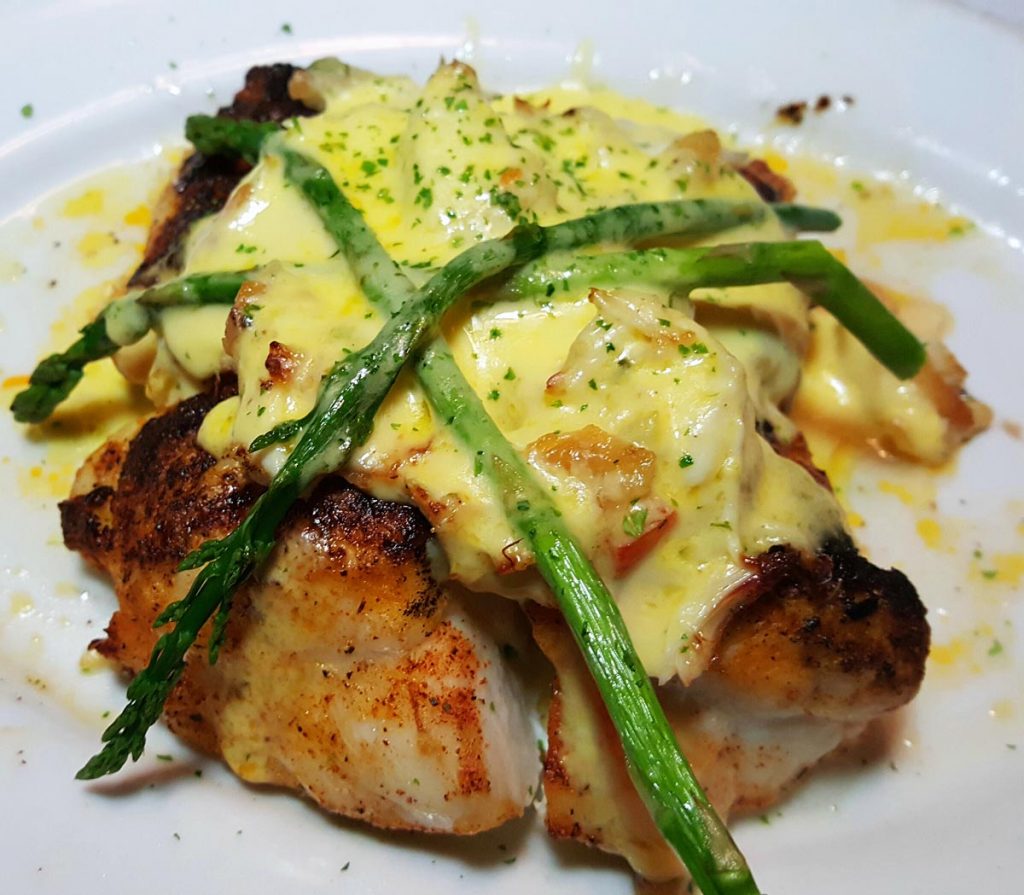 You know I love Florida, and if you don’t know it by now I love, love, love Grouper! My rule of thumb is to pick one or two items that I’d like to have for dinner ( in this case it was just the grouper) and ask my server which they recommend. After that decision is made, I ask my server how I want it prepared. There was no hesitation in my servers response….. Blackened and Oscar Style.

When the Grouper came out, I think I heard a choir of angels harold its arrival….sigh   I was almost at a loss of words to describe the beauty of this dish, and when I tasted that delightfully prepared Grouper Oscar, I knew I had made the right decision. What I wasn’t expecting was a 16 ounce piece of grouper. I kept eating and eating this glorious piece of fish, until I admitted defeat and opted to save it for lunch the following day. (there was dessert to be eaten!) 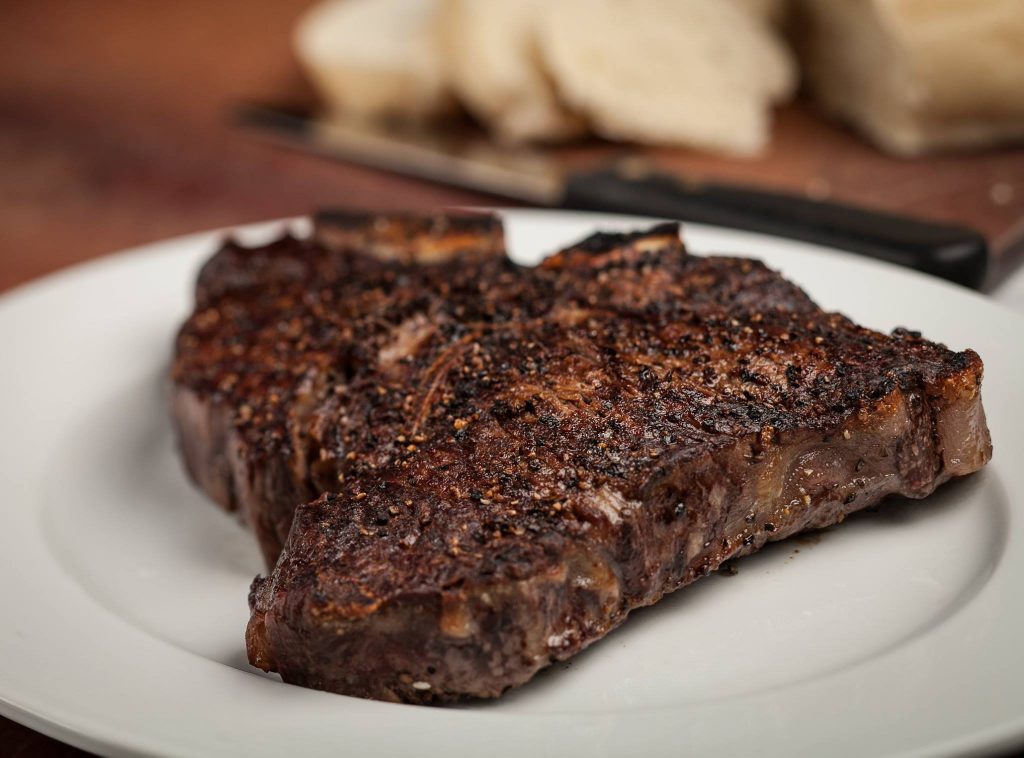 Now you may recall that Christner’s Prime Steak and Lobster, serves steaks. And they serve my personal favorite the porterhouse, perfection on a plate. As a Chef it was my favorite steak to serve my guests and as a carnivore my favorite steak to eat. Trust me, they will not disappoint no matter which type of steak you choose. The meat as Christner’s Prime has never seen a cryovac wrapper, its aged in house and cut in house. This is what sets them apart from other steak houses. Attention to detail and quality, makes every meal memorable. 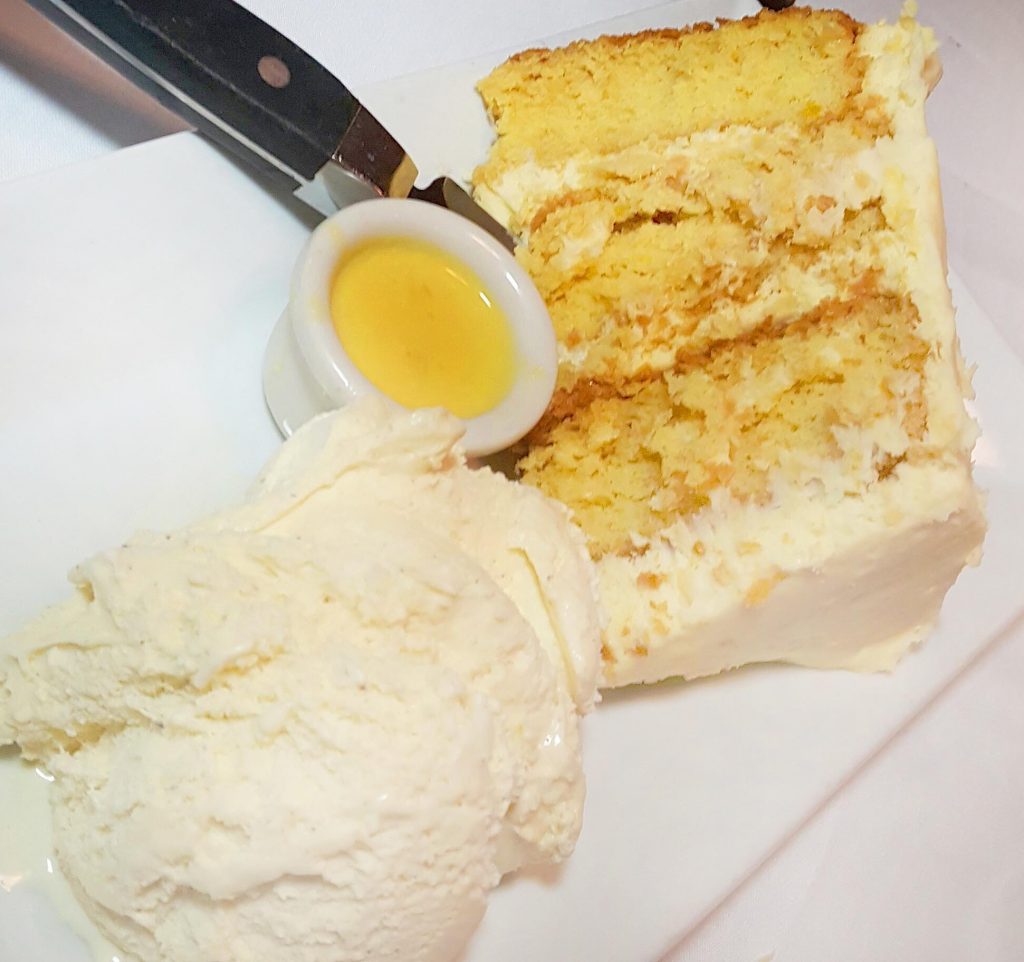 My server had been spot on and while I wanted to sample a few of their legendary desserts I only had room for one, and there was no question on which one. And that was the Mandarin Orange Cake. Made in house and perfected over the years to be the perfect cake….sigh. Moist, flavorful with a frosting that complimented the flavor, not over powered it with sweetness. And then there was the orange sauce….. I wanted to drink it. Top that off with some of the best vanilla ice cream I’ve ever had, and you had a dessert that some people only dream of. 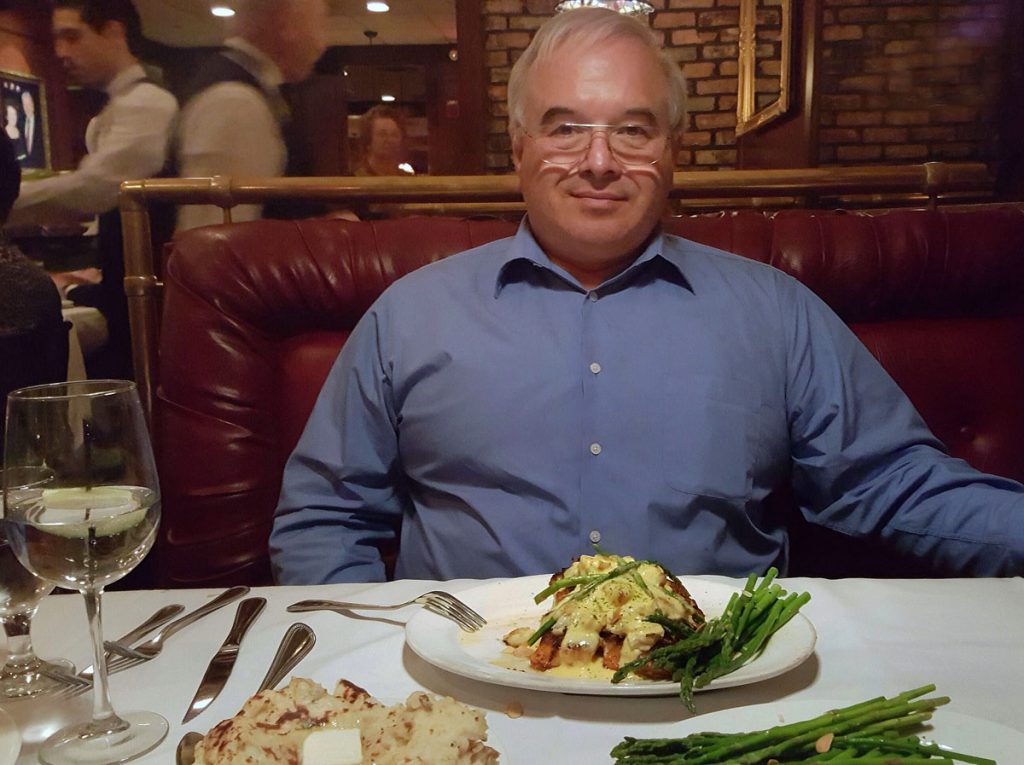 If you’re in the Orlando area, don’t miss out on a chance to dine at Christner’s Prime Steak and Lobster.